I like to call it the "goon bag effect" ™

Sure, some may say that correlation doesn't imply causation. Others may say that wine consumption tends to rise and crime tends to fall with rising disposable incomes, implying that they both have a common cause (disposable income) but neither causes the other. Another explanation trotted out is that the US has an aging population and it is primarily the young who commit crime and older folk who drink wine. 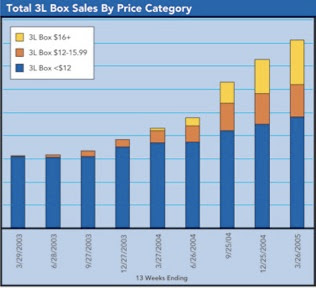