Get on the bus now! 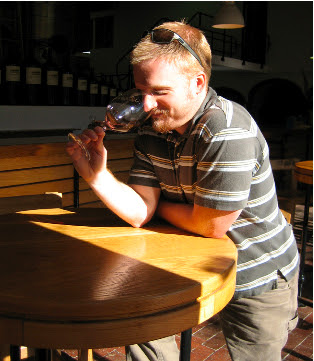 One of my mentors that I have learned a great deal from has officially released the inaugural vintage of Shane Wines.

Shane Finley, who is the Associate Winemaker at Kosta Browne, and learned the ropes working under Pierre Gaillard in the Rhône, and also worked at Torbreck in Australia, Paul Hobbs and at Copain Custom Crush on such brands as Carlisle, Copain and Pax amongst others. A fine resumé of Syrah making indeed!

His initial offering is miniscule, The Unknown, his largest bottling is only 125 cases so get on the list as fast as you can. Shane's wines are a true marriage of New World fruit and Old World vinification resulting in a style that is at once powerful and voluptuous, and yet also complex, elegant and floral.

And at $38 a bottle, an absolute steal for sure!
Posted by Andrew Nielsen at 3:17 AM